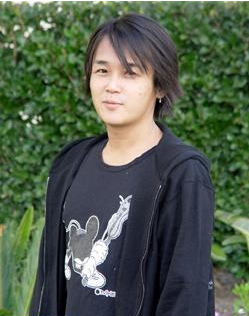 Tetsuya Nomura (born October 8, 1970) is a game director and graphic designer from Kochi Prefecture in Japan. He currently works for Square Enix, where most gamers know him for directing various Final Fantasy games, the entirety of Kingdom Hearts and doing dozens of character designs for both.

Squaresoft originally hired him as a debugger to work on Final Fantasy IV. He moved on to graphic designing for the subsequent two games, as well as several other RPG games for the Super Nintendo. His employer approached him to do character designs for Final Fantasy VII. The game succeeded in becoming the definitive game of the PlayStation, and he would go on to design characters in subsequent games, succeeding the previous designer Yoshitaka Amano, as well as a number of other properties.

Nomura advanced to a directing role when Disney and Square Enix (then Square Soft) joined forces to develop the Kingdom Hearts series. He has directed all the games in the series, as well as designing the characters, concepts, and base stories to go with them. He has also worked in the animation field, directing Final Fantasy VII: Advent Children and supervising Last Order. Nomura was director of the much-anticipated Final Fantasy XV until December 2013, when he stepped down in favour of Hajime Tabata in order to concentrate on Kingdom Hearts III. This didn't stop him from focusing on other games such as Final Fantasy VII Remake and Xenoblade Chronicles 2, however.

The designer is best known for his use of belts and zippers. While he can produce simple and practical belts, as can be seen on his first iteration of Cid, he has a tendency to go for elaborate designs. According to an interview,

the more people mock him for his designs, the more he's encouraged to use zippers and belts. These can range from the mildly practical, such as in Sora's case, to the downright improbable mesh of Lulu's skirt (which is seemingly made of belts).

This Creator provides examples of:

Have we mentioned he likes belts?