Spoilers for this game will be marked as usual. However, every previous Kingdom Hearts game will have spoilers unmarked on this page. You Have Been Warned! 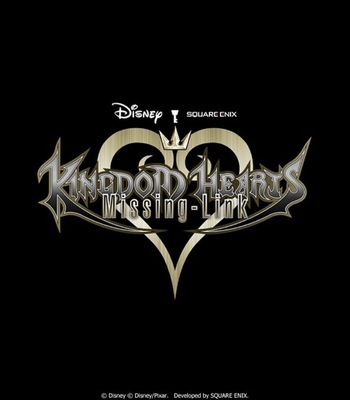 An unwritten era. Everything is connected.
Light and darkness brought about the beginning and hearts nurtured it.
Life was passed down time and time again, until the land was filled with thriving people.
This is a city of light and darkness, dreams and distortion, the remembered and the forgotten-
Scala ad Caelum.
— Sigurd
Advertisement:

Kingdom Hearts: Missing-Link is an upcoming mobile RPG and the 14th game in the Kingdom Hearts series from Disney and Square Enix. It was announced

as part of the series’ 20th anniversary Milestone Celebration with Kingdom Hearts IV.

Unlike previous mobile outings in the series, Missing-Link is an all-new experience, with full 3D graphics and combat similar to the main series. Storywise, the plot will revolve around Scala ad Caelum, the nexus city introduced in the climax of Kingdom Hearts III, as it bridges the gap between Union χ and Dark Road.

A closed beta test is planned to run exclusively on iOS phones in Japan from January 13-18, 2023, with the full game releasing internationally sometime after that.