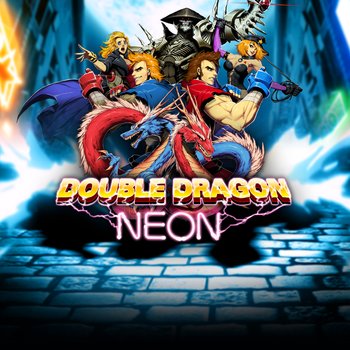 You don't just dare to play this game, you Double Dragon dare.
Advertisement:

Double Dragon Neon is a 2012 Double Dragon game developed by WayForward and published by Majesco. As a 2D Beat 'em Up, Neon strives to be both a parody and homage of its predecessors—with a bit of '80s pop culture parody, to boot.

Brothers Billy and Jimmy Lee must go through a series of levels to save the abducted Marian from the evil Skullmageddon. While the game lacks a deep plot, it more than makes up for that with loads of in-jokes, challenging gameplay, and excellent music.