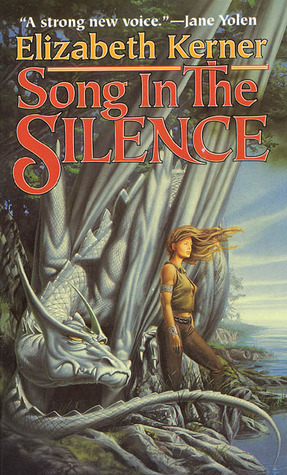 Tales of Kolmar is a fantasy trilogy by Elizabeth Kerner.
Advertisement:

Lanen Kaelar has always dreamed of dragons. She is told that they no longer exist, that they are just a myth. Then one day she gets the chance to set out on a voyage west. There she finds that the True Dragons (also called the Kantri) are real - and that they're more surprising than she would ever have expected.

So far, the books in the series are:

In 2003 an abridged version of Song in the Silence was released for the YA audience. It has a different cover and toned-down language, and has removed some scenes that were deemed to not be appropriate.