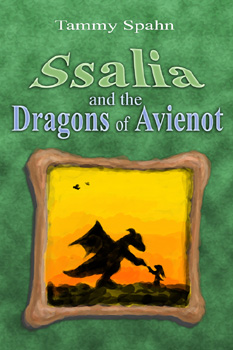 Harak'eth (left) and Ssalia. (Well, their silhouettes, at least.)
The debut novel of Tammy Spahn, released with little fanfare in December 2012. It tells the story of Ssalia, a young ssyrean girl living on the planet Pelsatia, as she searches for the hidden dragon city Avienot and gets involved in all sorts of things along the way.
Advertisement:

The book is published independently and can be found here