Literature / The Sound of Waves 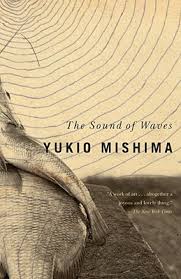 A Japanese coming-of-age novel written by Yukio Mishima and published in 1954, The Sound of Waves is the story of dull yet hardworking Shinji, who lives with his widowed mother and younger brother in a small fishing village. He lives a simple but happy life until meeting the beautiful Hatsue, daughter of the village's wealthiest and most respected businessman. The two fall in love, but complications, rivals and ugly rumors about the young couple conspire to tear them apart. More than a simple love story, The Sound of Waves is a snapshot of Japanese life and culture that details the everyday lives of simple people and the challenges brought about by inevitable change. We get to see the central character, Shinji, grow and mature from a guileless youth to a responsible young man who is willing to risk everything for a chance at happiness.