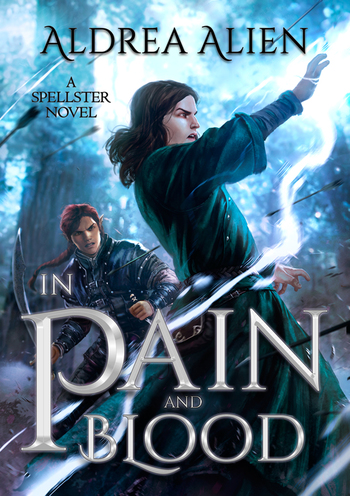 Spellster is a fantasy/LGBT romance series by Aldrea Alien. The first book is In Pain and Blood.
Advertisement:

The story revolves around the magic-wielder Dylan, who joins the King's Army as a leashed weapon only to have things go horribly wrong when an ambush leaves him unleashed and at the risk of being branded a deserter. In order to return to his old life before the crown discovers his unleashed status, Dylan must rely on the elven man, Tracker, to protect him even when the man’s very presence awakens Dylan’s long-repressed desire.

Tropes in the Spellster series:

Also Katarina, being an archaeologist type character more than capable of fending for herself.