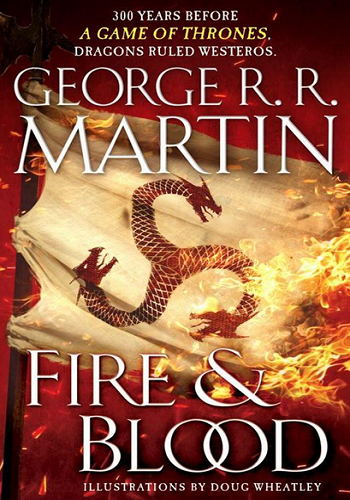 300 Years Before A Game Of Thrones, Dragons Ruled Westeros
Advertisement:

Fire & Blood is a fictional historical record of House Targaryen from the popular book series A Song of Ice and Fire.

The first volume, covering Aegon I to Aegon III's regency, was released on November 20, 2018. The second volume, tentitvely titled Blood & Fire, intended to cover the rest of the kings up to Aegon V, currently has no release date — although Martin has stated that he plans to get to it after finishing A Song of Ice and Fire and two more Tales of Dunk and Egg books.

In 2019, HBO ordered a prequel TV series to Game of Thrones based on this book, titled House of the Dragon. The show is set to be released in 2022.