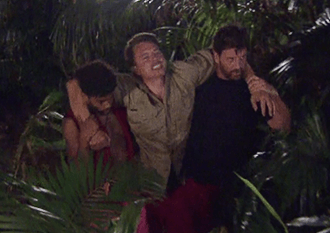 Tony: Ah, let me guess... You're that person in horror movie that decides that since all your friends are dead, you really need to go check out the demonic, breathing noise down in the basement.
Kate: Well, it beats being the girl who twists her ankle and gets everybody else killed.
— NCIS
Advertisement:

Any injury which causes a fleeing victim (call him Bob) to fall or become slowed, giving his pursuer a better chance to catch up. If the injury is crippling, other characters must decide whether to abandon Bob or assist him, knowing that supporting or carrying Bob will slow down other members of the group and put them in greater danger as well.

A form of Broken Heel. Contrast Dramatic Slip. This trope may lead to a No One Gets Left Behind speech and/or Crisis Catch And Carry.