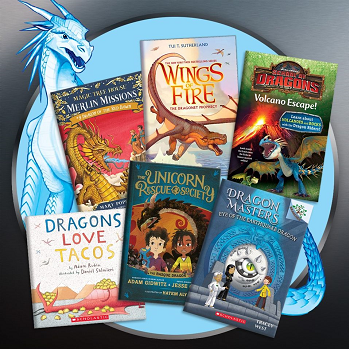 From left to right, top to bottom: Merlin Missions, The Dragonet Prophecy, School of Dragons: Volcano Escape!, Dragons Love Tacos, The Unicorn Rescue Society, Eye of the Earthquake Dragon. Background: Winter Turning.
This index is for works that focus on dragons. A work just having a dragon does not qualify. The dragon must be one of the main characters, the main threat, or otherwise central to the plot. Such works will invariably include one or more Dragon Tropes.
Advertisement:

Not to be confused with The Dragon except for when the latter is an actual dragon.