Theatre / Tripod Versus the Dragon 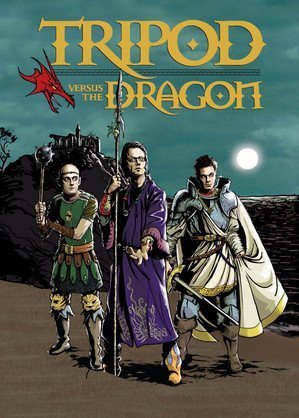 Tripod Versus the Dragon is a musical by Australian musical comedy trio Tripod. Originally conceived as "Dungeons & Dragons: The Opera", it tells the story of three hapless adventurers who face many challenges on the road to discovering themselves.
Advertisement:

Despite the title, this play isn't about a Tripod Terror duking it out with a Dragon, although it would make an awesome battle to watch.