Theatre / Summer of the Seventeenth Doll 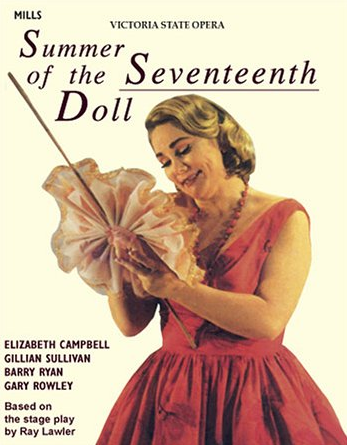 Summer of the Seventeenth Doll is an Australian play by Ray Lawler first performed in 1955.
Advertisement:

For sixteen years, Roo, Barney, Olive and Nancy have been spending each summer together in the same house when Roo and Barney come into the city to spend the money they make working the rest of the year as itinerant cane cutters. For all of them, Olive especially, it's an annual highlight that makes the rest of the year worthwhile.

This year, things are different. Nancy is absent; she got married during the year, and not to Barney. Olive has invited another friend, Pearl, to make up the numbers, but she's not sure she's going to fit in. When Roo and Barney arrive, they reveal that they've had a bad season; Roo has no money saved up, and their friendship is under stress because they parted ways on how to handle a situation in their cutting crew. Tensions mount, and when the summer is over nothing will ever be the same again.