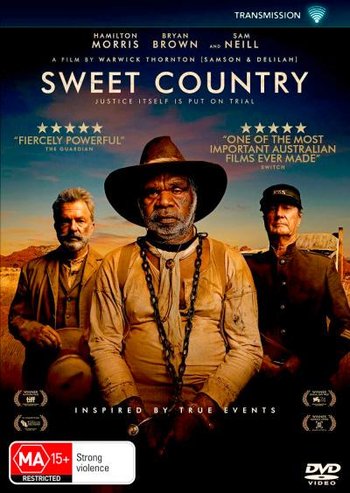 Sweet Country is a 2018 Australian film directed by Warwick Thornton and featuring a cast headlined by Sam Neill and Bryan Brown.

Set in the Australian outback in the early years of the 20th century, an Aboriginal farmhand, Sam Kelly, goes on the run with his wife Lizzie after killing a white station-owner in self-defence.

Before going into wide release in January 2018, the film had its world premiere at the 2017 Venice Film Festival, where it was awarded a Special Jury Prize.