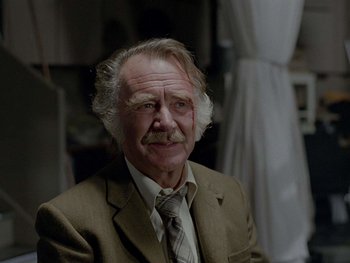 Sir John Mills (born Lewis Ernest Watts Mills; 22 February 1908 – 23 April 2005) was an English actor who had an extensive career in film, television and theater, working almost until his death at the ripe old age of 97. He won an Academy Award for Best Supporting Actor for his role in Ryan's Daughter and was named a Disney Legend in 2002.

His daughters, Hayley Mills and Juliet Mills, are accomplished actresses in their own rights.