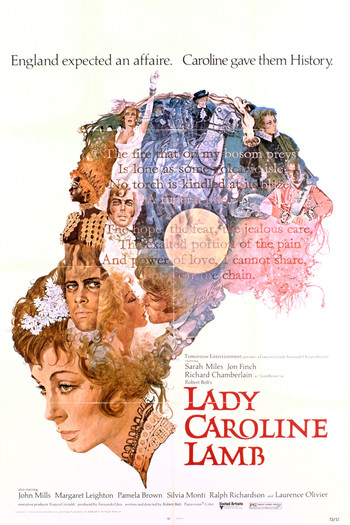 The film is about the life of Lady Caroline Lamb, wife of William Lamb, 2nd Viscount Melbourne (later Prime Minister), and specifically her scandalous affair with Lord Byron. Ralph Richardson and Laurence Olivier also appear as King George IV and The Duke of Wellington, respectively.