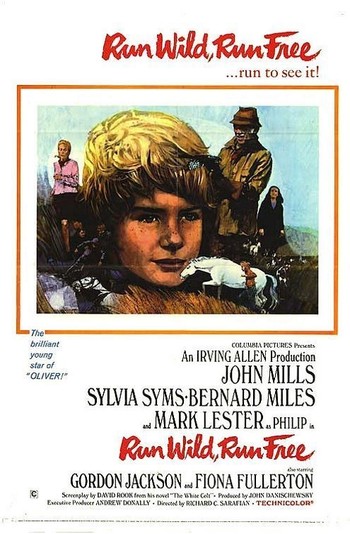 Run Wild, Run Free is a 1969 British family drama film directed by Richard C. Sarafian, based on the 1967 novel The White Colt by David Rook.

Ten-year-old Philip Ransome (Mark Lester) has been almost entirely mute since the age of four. Unable to connect with his parents (Gordon Jackson and Sylvia Syms), he spends his days wandering the Dartmoor moors alone. One day, he meets a wild albino horse and immediately becomes attached to it. Later, he befriends a retired colonel (John Mills) and a girl his age named Diana (Fiona Fullerton), who helps him to train a falcon named Lady. Philip slowly begins to emerge from his shell, but every time he seems to be making progress, something happens to set him back.