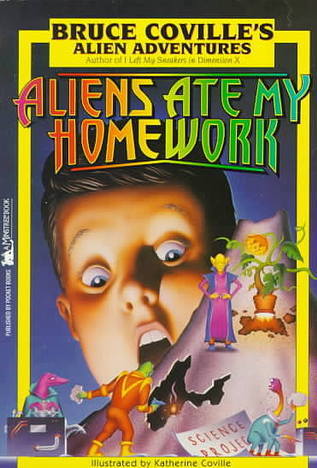 Rod Allbright Alien Adventuresnote Also known as the Aliens Ate My Homework series, Bruce Coville's Alien Adventures series or Rod Allbright and the Galactic Patrol series, depending on the print edition, is a children's series written by Bruce Coville in The '90s. It tells the story of sixth-grader Rod Allbright, whose life is changed forever when a tiny spaceship crashes into his room and he's recruited to help its occupants in their mission of capturing an intergalactic criminal who's been hiding on Earth for some time.

The series consists of four books: