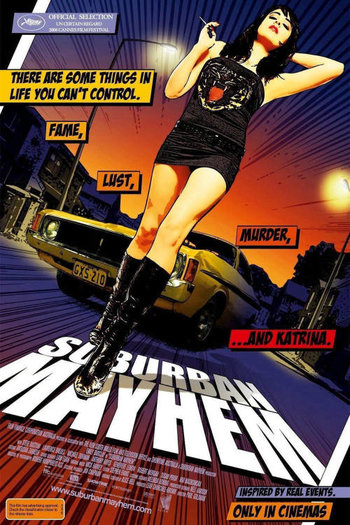 Suburban Mayhem is a 2006 Australian drama.

19-year-old single mother Katrina Skinner enjoys a decadent lifestyle. She never goes to work, spends her days getting her nails done and manipulates men into doing whatever she wants. When her brother is convicted for killing a store clerk, Katrina plots to bail him out. Her father and boyfriend both decide to put a stop to her, but only manage to find themselves locked in her cross-hairs.