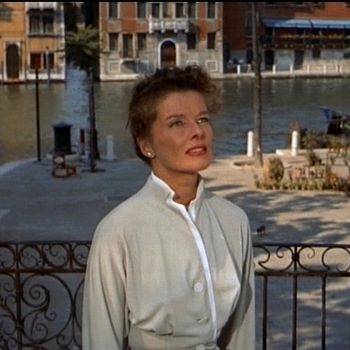 A 1955 romantic drama film adapted from Arthur Laurents' play The Time of the Cuckoo, directed by David Lean and starring Katharine Hepburn.

Jane Hudson (Hepburn) is a middle-aged school secretary from Ohio who fulfills a lifelong dream by spending a summer vacation in Venice. There she befriends some other Americans and enters into a romance with antiques dealer Renato de Rossi (Rossano Brazzi).

David Lean named this as his personal favorite of the films he made. The story was later adapted into the 1965 musical Do I Hear a Waltz? by Richard Rodgers and Stephen Sondheim.