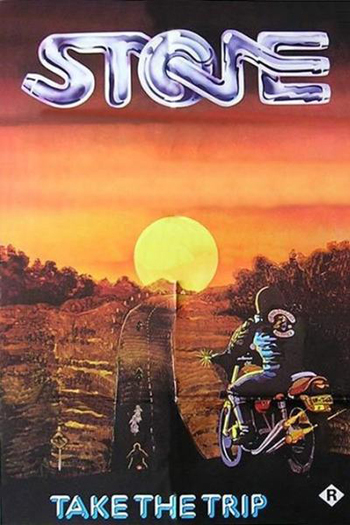 Stone is a 1974 Ozploitation film, directed by and starring Sandy Harbutt. The film tells the story of the eponymous detective going undercover in a gang of bikers after several members are mysteriously murdered. The Gravediggers are slow to accept him, and as a conspiracy is revealed behind the murders, Stone is left with a difficult choice. Considered by some to be an unofficial prequel to Mad Max, the film was a surprise hit and has a loyal fanbase to this day.