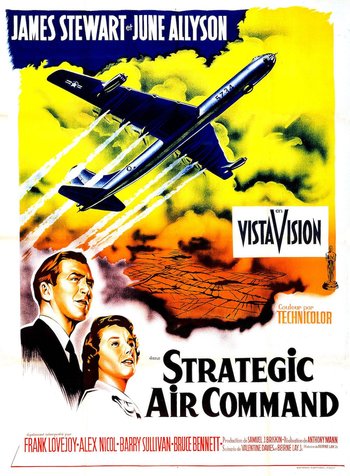 Dutch initially protests being recalled to active duty, pointing out that he's old and hasn't flown in years, and even has the misfortune to make a bad first impression with his take-no-prisoners boss General Hawkes (Frank Lovejoy). Further, his new bride Sally (June Allyson), who had married him expecting a comfortable life with a well-paid pro athlete, must now adjust to her husband's strange new career, and the stressful restrictions his work schedule puts on their home life.

The film is essentially a Cold War Propaganda Piece, a sort of 1950s counterpart to Top Gun, so it is of course heavy in idealistic representations of Eagle Land.