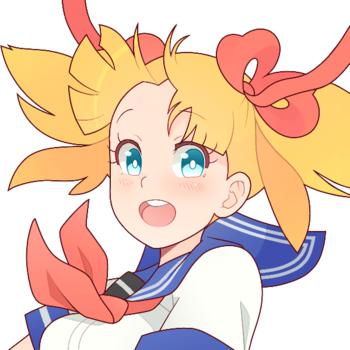 She even wears those ribbons to bed.
"You are reading 100% genuinely authentic fake manga!"
— Notice at the beginning of each chapter

is an OEL Manga written by Louistrations. It's a parody of Magical Girl anime, set in an Alternate Reality Japan where every girl can transform into a Magical Girl Warrior—that is, except for the titular protagonist, Apricot, who is bullied at school because she can't.

The comic reads right-to-left, although the main website it's hosted on has an option to read left-to-right.