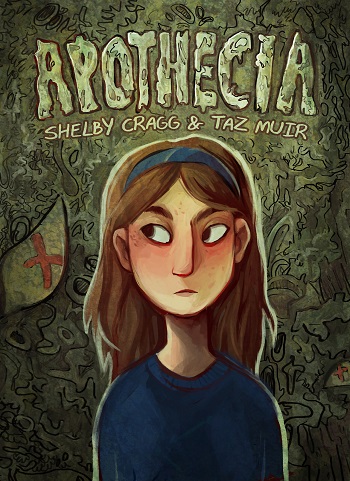 A kid and a monster.
Advertisement:

Apothecia is a short webcomic written by Taz Muir and illustrated by Shelby Cragg. An eleven-year-old girl named Jessie finds an intergalactic mass murderer trapped in the woods behind her house. It wants her to free it or kill it, but she instead keeps it alive until it can be found by the extraterestrial authorities and punished for its crimes. In the end, she faces the consequences of that choice.

The webcomic can be found on Tumblr