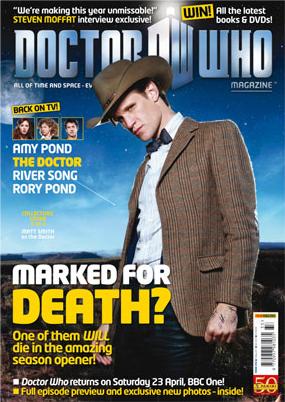 Of course, this isn't the first time the Doctor died. It didn’t stick, obviously.
"It's the oldest trick in the book: kill someone off to juice the ratings!"
— Studio Exec, Jane the Virgin

Sometimes, the writers will kill off a fairly major character. Because this is a relatively rare event, the death will be hyped up beforehand in ads. In television, these episodes are ratings stunts, perhaps broadcast as a season finale or (in the U.S.) during Sweeps week.

This trope differs from Anyone Can Die, since in that trope, death is relatively unannounced, to reemphasize the shock, whereas in Tonight Someone Dies, the event is milked for all it is worth before it happens.

In ages past, Contractual Immortality was more dominant. The Tonight Someone Dies promotion would typically consist of a high-speed montage of the series regulars as an ominous voice announced that "Tonight, one of these people will die." Invariably, the doomed character would turn out to be a minor character, one who had never appeared before or was a recent addition, whose presence in the montage was probably overlooked. Killing off a major character might actually be seen as a subversion of this old trick.

Over time, it has become more common to remind viewers that Anyone Can Die, and even regular characters are not exempt from death in a ratings ploy.

Tonight Someone Dies tends to occur in more mass market shows, such as ER.

Since this is a death trope, expect spoilers throughout.

The show doesn't even hide who is going to die in the episode!

The show doesn't even hide who is going to die in the episode!