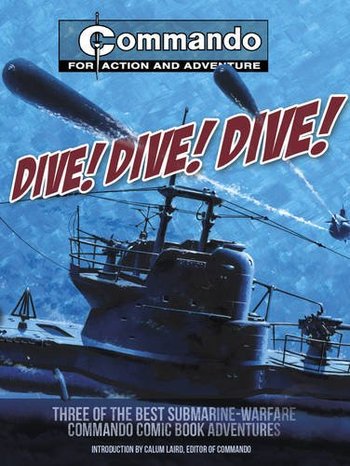 Stock Phrases used on submarines or anything to do with something going down. Commonly used in a panicky, unrealistic way to indicate that the submariners are in trouble or need to escape.

open/close all folders
Comic Books
In The Further Adventures of Indiana Jones #16, Indy and Captain Katanga, along with Katanga's crew, take over a submarine belonging to a crew of Submarine Pirates. They then have to make a crash dive to avoid the depth charges of an Imperial Japanese cruiser.
Film - Animation
Advertisement:
Film - Live Action
Literature
Live Action TV
Music
Video Games
Advertisement:
Western Animation
Real Life