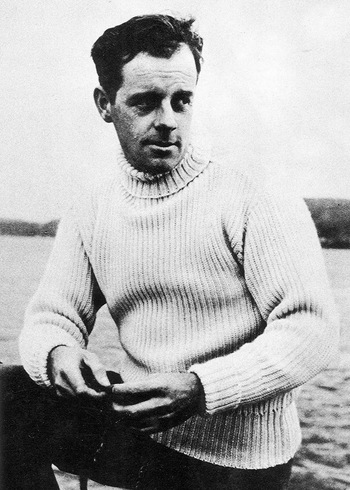 Alistair Stuart MacLean (21 April 1922 – 2 February 1987) was a Scottish writer of adventure/thriller/war fiction. The son of a clergyman, English was his second language (after Gaelic Scots). During WWII he served on the cruiser HMS Royalist and saw action in the Atlantic, the Arctic, the Mediterranean and the Pacific.

His novels focused on adventure exploits in far-flung reaches of the world (poles, jungles, and the Golden Gate Bridge.) Frequently he made use of naval themes and military characters. His first novel, HMS Ulysses, is considered a classic in naval literature. Among the novels that have been adapted into movies are The Guns of Navarone and Where Eagles Dare.

Many feel his writing declined later in life, and that the novels published after a three year hiatus (spent running a hotel in England) were significantly inferior to his earlier work.

More information on MacLean and his work can be found at http://www.alistairmaclean.com/

Works by Alistair MacLean (or their film adaptations) with their own trope page include: