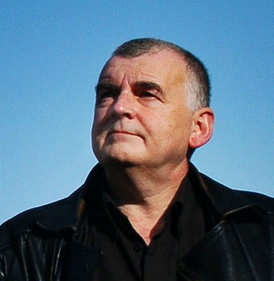 Ken MacLeod is a Scottish science fiction writer. His works include the Fall Revolution series, the Engines of Light trilogy, and numerous stand-alone novels.

The Engines of Light trilogy consists of:

His novels The Sky Road, Cosmonaut Keep, and Learning the World were nominated for the Hugo Award, and The Cassini Division was nominated for a Nebula.

Not to be confused with Kevin Mac Leod.

Works by Ken MacLeod with their own trope page include: