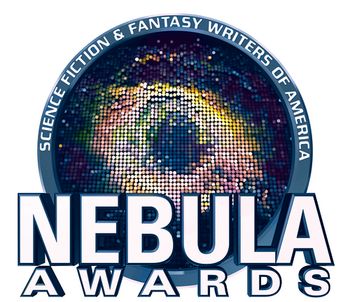 There are also several special Nebulas:

Unlike most awards, the Nebulas are officially described as being "for" the year before they are given. Thus, the first Nebula, given at the Nebula ceremony in 1966, is the Nebula for 1965.

Works with a Nebula Award nomination include: