Literature / The Grace of Kings 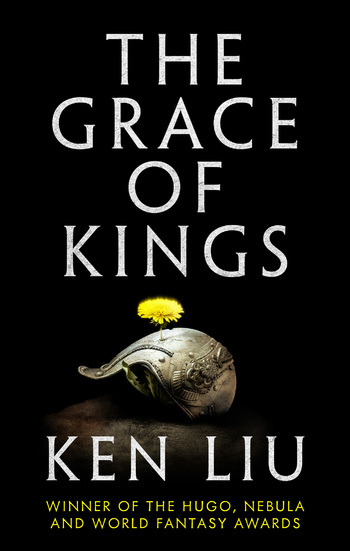 The Grace of Kings is a 2015 "silk punk" epic fantasy novel by Ken Liu and the first book in the Dandelion Dynasty trilogy. The islands of Dara were once independent city states but were unified into one kingdom by the tyranical first emperor Mapidere. Mapidere's death spurs a rebellion against the imperial regime, in which two men rise in power, the pragmatic Lovable Rogue Kuni Garu and the grimly honorable Blood Knight Mata Zyndu. Despite their diametrically different personalities, the two become best friends, but as the rebellion gains success, they eventually become rivals. Within this personal and ideological struggle, the gods of Dara take sides.
Advertisement: