Achilles in His Tent 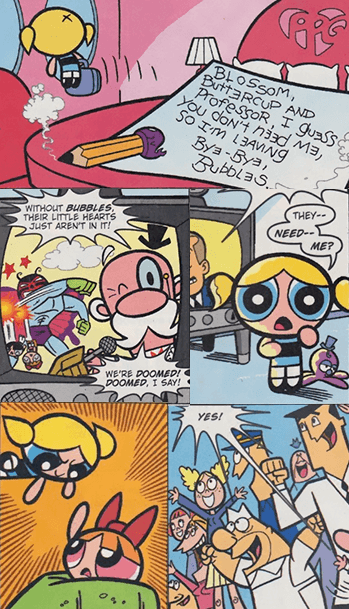 "Lord of Phthia, Achilles! Why, oh, why, when thou hearest the man-slaying (Ah woe!) buffetings of war, dost thou not draw nigh to our rescue?"
—Envoys, in a surviving fragment of The Myrmidons
Advertisement:

A member of a team (often The Lancer) gets into a fight with everybody else and quits, vowing to never, ever return to the people whom that member now hates so much. A threat then comes that is precisely suited to the missing member's talents. The other team members beg the quitter to come back, but with no success. The team head out without their ex-member and are about to all be killed horribly.

Then the ex-member, seeing them about to die, realizes that he still cares about them after all. He leaps in with a Foe-Tossing Charge, Just in Time to save everybody, and all are reconciled. An Aesop about friendship and teamwork ensues.

Sometimes, the quitter is a character who doesn't seem necessary or even desirable. The episode is thus about giving this character some character development and showing both the audience and the characters why this person was on the team. Common with What Kind of Lame Power Is Heart, Anyway? characters, but has the danger of falling into a Plot Tailored to the Party.

This goes all the way back to Achilles sulking in his tent in Homer's Iliad (hence the trope name), making it Older Than Feudalism. Although notably, he wouldn't come out until his best friend/cousin/boyfriend was actually killed trying to take his place.

Contrast 10-Minute Retirement, We Want Our Jerk Back!. Often followed by a He's Back! moment.

Compare with Just Fine Without You and Holding Out for a Hero. See also Changed My Mind, Kid. Heavily related to We Used to Be Friends. Not to be confused with Screw This, I'm Outta Here!, which is when someone quits an activity out of fear or laziness rather than out of a feeling of having been wronged.

See also Deus Exit Machina. A loose Good Counterpart is Dragon Their Feet. If the villain refuses to come out, it's Orcus on His Throne.