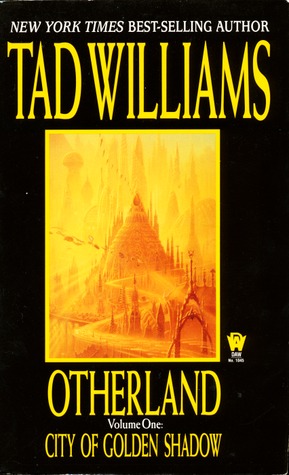 The story is set 20 Minutes into the Future, where corporate entities are as or more powerful than governments and the Internet has become a Metaverse with its own private virtual reality environments. It follows a disparate group of ordinary people whose lives become entwined in the discovery that thousands of children around the world are falling into comas that are seemingly related to their use of the 'Net. As they delve further into these mysteries, they encounter a secretive figure named Sellars who tells them that the comas are connected to a conspiracy of the world's elite known as the Grail Brotherhood. Their apparent goal is to create a computer simulation more powerful than anything that has ever been seen before, called the Grail Network by its creators but Otherland by the few outsiders who know of it. With Sellars' help, they break into this system looking for clues, only to be trapped within the network, unable to "disconnect" and return to their bodies.

Stumbling from one hostile virtual reality environment to another, chased by agents of the Brotherhood, they discover that the system is becoming distorted in a way that no normal computer ought to be, and that these distortions are centered around a dark entity known as the "Other" that serves as the operating system of the network. People who die in Otherland are dying in real life. Back in the physical world, forces are at work hunting down and destroying the enemies of the Brotherhood, and the Brotherhood itself seems to be building its project up to an ultimate conclusion. Even worse, their party has been infiltrated by a sociopathic killer, named Johnny Dread, with a hidden agenda of his own, one that ultimately disrupts the Grail Brotherhood's ceremony and threatens the stability of the entire system. It becomes a race against time to solve the mystery of the Other before they are killed by the network or by Dread himself.

If this sounds like a long synopsis, wait until you read the books themselves. Tad Williams prides himself on the interweaving of multiple plot threads and enormous casts of characters, and even more on having the reader actually care about what happens to them. This despite the fairly standard Cyberpunk setting and rather more pages than necessary spent on the way to each plot point. It's notable for having a fantastically diverse cast and treating them all with respect. The story could also be read as a Fantastic Aesop about the dangers of seeking Immortality.

There is a (work in progress) Character Sheet.

based on the world of the novels released in 2015 & avlaiable on steam. As of early 2021, the game was largely abandoned with no active users.