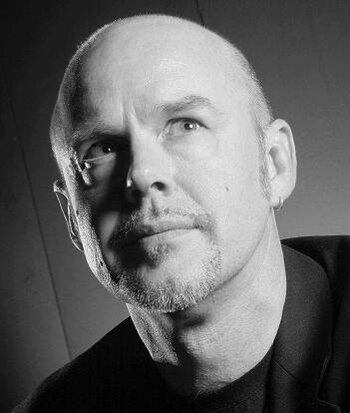 "As for monkeys, I would have five, and they would be named: See No Evil, Hear No Evil, Speak No Evil, Do Pretty Much Whatever The Hell You Want, and Expensive Attorney."
Advertisement:

Robert Paul "Tad" Williams (born 14 March 1957) is a popular Fantasy and Speculative Fiction author of the late 20th century, known for long epic stories with Loads and Loads of Characters. He's also known for subverting and deconstructing many tropes of these genres, with particular focus on things like Prophetic Fallacy and Earn Your Happy Ending.

Works by Tad Williams include (in order of publication):