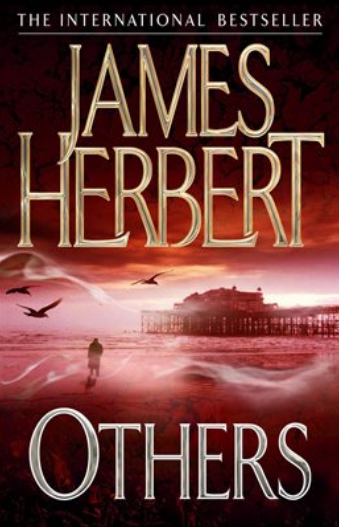 A 1999 novel by James Herbert. Alone in a murky, otherworldly cell, a deceased, unnamed man contemplates the depraved past life for which this "existence without hope" is his punishment. Two celestial visitors, dubbed Angel 1 and Angel 2, suddenly arrive with a proposition. He, and "one or two others" have qualified for a second chance at earthly life. Overcome, he tearfully accepts...

Thirty-two year-old Brighton-based private investigator Nick Dismas, "Dis" to his friends, is offered a case concerning a missing person; a baby who eighteen years ago apparently died, but whose mother, Shelly Ripstone, now intuitively believes him to be alive, a suspicion endorsed by local clairvoyant Louise Broomfield. Dis, deformed from birth with spinal curvature, an overlapping brow and a withered leg, as well as a missing eye lost in a childhood incident, goes about sundry duties with unflinching reflection on his lifelong rejection and humiliation.

Viciously mugged on the way home, a thoroughly desolate Dis later sees in his mirror the reflection of a long-dead movie star whose name he can't quite place. A sudden visit from Louise Broomfield, who briefly takes away the pain of his mugging-induced headache, persuades him to consider the Ripstone case. The name of the missing boy's midwife, Hildegarde Vogel, leads Dis to Perfect Rest, a residential care home, one of whose carers, delicate-featured yet similarly deformed Constance Bell, seems strangely intimidated by the home's director, the coolly condescending Dr Leonard K Wisbeech. A nightly visit from numerous severely deformed apparitions heralds a shocking turning point in the troubled life of Nick Dismas…

The book closes with a note from the author of its inspiration by a true story, concerning a London children’s hospital.

"Well, who the fuck needs the tropes!":