An Astral Projection, Not a Ghost 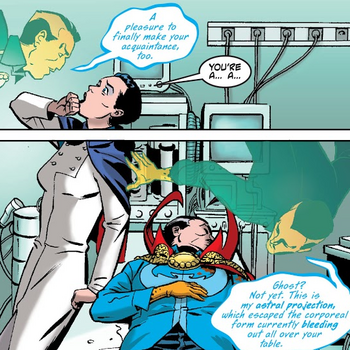 A character who looks, feels, and talks like a ghost turns out to be a living person's out-of-body experience. Common variations include:
Advertisement:

A Sub-Trope of The Reveal and an Inverted Trope of sorts to Dead All Along. As this is a revelatory trope most of the time, spoilers will be found ahead.