Literature / The Time of the Ghost 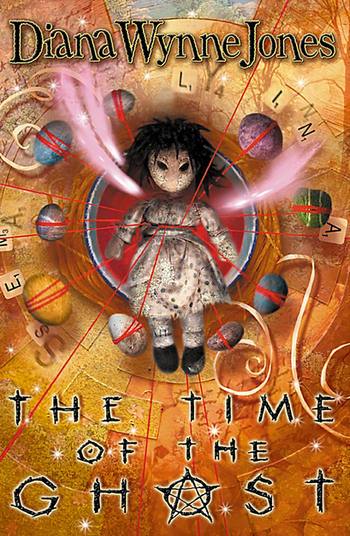 The Time of the Ghost is a 1981 novel by Diana Wynne Jones. It is about a ghost who observes four sisters, knowing she's one of them, but can't remember which one.
Advertisement:

The four Melford sisters - Charlotte (Cart), Selina (Sally), Imogen and Fenella - live in a house attached to the boarding school their parents run. Their parents pay very little attention to them, to the point of neglect, and the girls behave in wild and occasionally outright dangerous ways.

The girls worship a doll called Monigan as a game, but it turns out that Monigan is real, and seven years from that time will take the life of one of the sisters. Can they stop her in time?