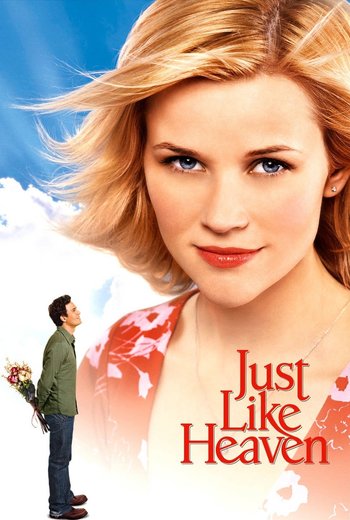 Just Like Heaven is a 2005 Romantic Comedy, actually based on a novel, in which a troubled alcoholic David Abbott (Mark Ruffalo) moves into an apartment with a less-than-solid woman Elizabeth Masterson (Reese Witherspoon). He thinks she's dead. She insists she isn't. Hilarity Ensues.