Webcomic / Beneath the Clouds 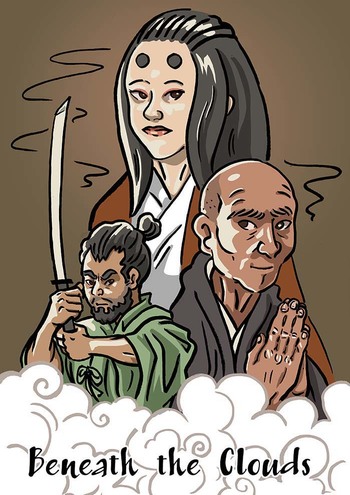 A story of ghosts and gunpowder
Advertisement:

is a Webcomic set in Heian Japan. It is part of the Spider Forest webcomic collective

Genza has walked many paths in life: nobleman, outcast, father, exorcist, and monk. He's offered a chance to to redeem himself by undertaking a perilous journey to Heian Kyo. Will Genza be prepared to confront his own demons in order to save the life of the man who exiled him, will his daughter Masako make a new life for herself in the city, and does a stranger met on the road offer a chance for a new way forward?

Beneath The Clouds updates Mondays and Wednesdays. The first page can be found here

As of July 2019 a Visual Novel The Long Rains

based in the same world, can be downloaded for free at itch.io.