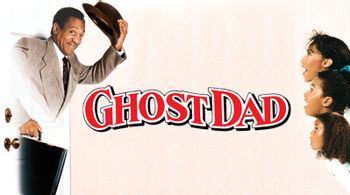 Elliot Hopper (Cosby) is a middle-aged widower with three children. After an incident with an insane taxicab driver, it is apparent that he is dead and now a ghost who can only be seen in darkness. Realizing that he has not arranged for life insurance for his three children, he attempts to return to work to close a merger with his company so that the money could provide for them. Hilarity Ensues.