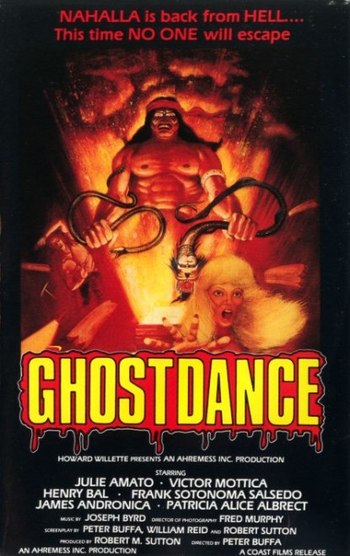 A medicine man is possessed by a spirit of a dead Native American cult leader Nahalla, whose body has just been dug up from an excavation site nearby. He then starts killing people, and stalks one of the excavation members, Dr. Kay Foster.

This film has the examples: