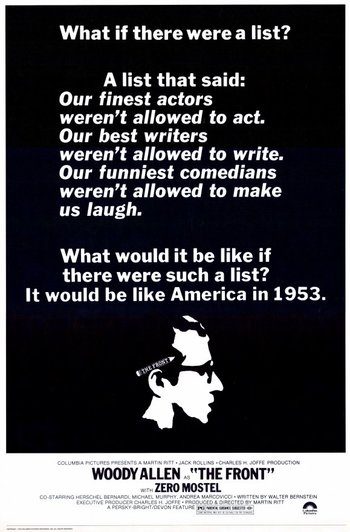 The Front is a 1976 comedy-drama film directed by Martin Ritt and starring Woody Allen as a bookie who acts as a front for television writers blacklisted during the Red Scare of the early 1950s.

The Front provides examples of: