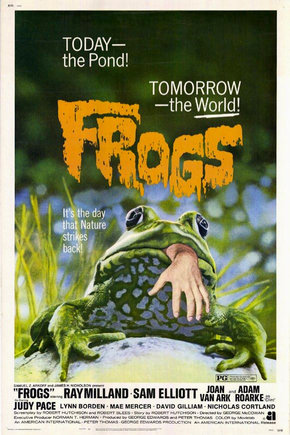 Fed up with their home being polluted, frogs and other animals start attacking humans around the Southern island plantation of an old rich man celebrating his birthday.

Nature strikes back with these examples: