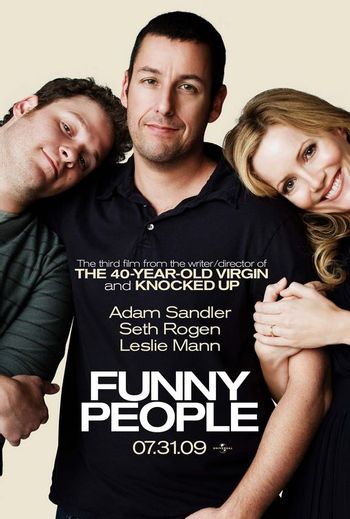 Recognising something in Wright, Simmons offers him a job writing jokes for a corporate gig, which becomes a gig as Simmons' P.A. Ira thus becomes the first and only person George tells about his illness, and he begins to try and encourage George to come out of his shell and rebuild connections, including mending bridges with 'the one that got away' — his ex-girlfriend Laura (Leslie Mann) who is now married to an Australian businessman named Clark (Eric Bana).

Just when George has resigned himself to the inevitable, an unexpected development gives him further cause to re-evaluate his life and what he thought he knew about it — and he decides that it's time to get back together with Laura...