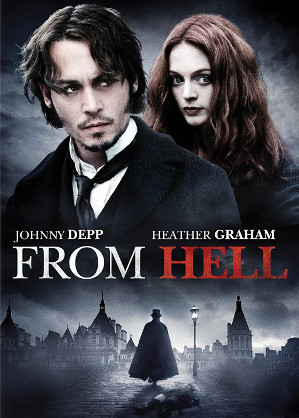 From Hell is a 2001 thriller directed by the Hughes Brothers, starring Johnny Depp and based on the Alan Moore comic of the same name.