Film / From the Life of the Marionettes 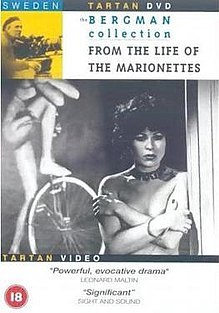 From the Life of the Marionettes (Aus dem Leben der Marionetten) is a 1980 film by Swedish director Ingmar Bergman, made in West Germany. Bergman shot it in German language engaging German actors and none of his regular cast.

The film tells a story of the married couple, Peter and Katerina whose marital life is on the verge of collapse. Peter's dissatisfaction with their relationship finds its way out when he kills a prostitute who strongly reminds him of the wife.