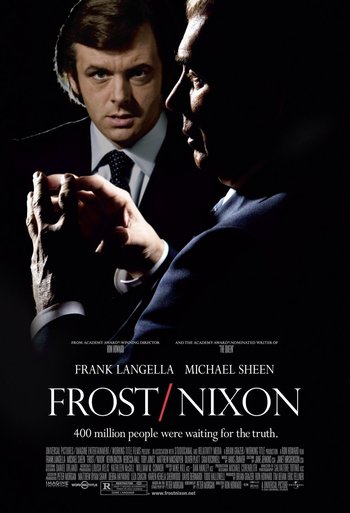 "What I'm saying is that when the President does it, that means that it is not illegal."
Advertisement:

Frost/Nixon is a 2008 historical drama film based on the play of the same name by Peter Morgan which dramatizes the Frost/Nixon interviews of 1977. The film version was directed by Ron Howard and produced by Brian Grazer of Imagine Entertainment and Tim Bevan and Eric Fellner of Working Title Films for Universal Pictures.