Film / Frostbiter: Wrath of the Wendigo 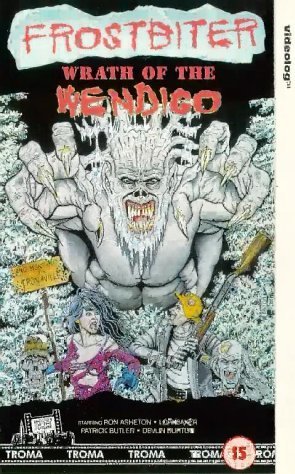 "Hell has frozen over."

Frostbiter: Wrath of the Wendigo is a 1995 Horror comedy film distributed by Troma.

A group of dumb rednecks break a sacred seal on a hunting spree. This unleashes the Wendigo, who proceeds to terrorize the community. Conveniently enough, The Chosen One is nearby to stop him.