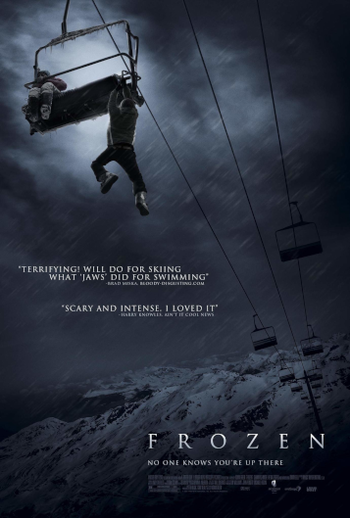 If you don't want to be wolf chow,
hold on tight and don't let it go.
Advertisement:

Frozen is a 2010 drama/thriller hybrid, written and directed by Adam Green (the same guy who did Hatchet) and starring Emma Bell, Kevin Zegers, Shawn Ashmore, and Kane Hodder, about three young people who find themselves trapped high on a ski lift during a snowstorm, with wolves prowling around beneath them and no rescue coming for five days.

Not to be confused with the Disney animated film, Frozen.