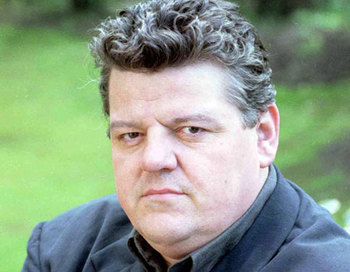 "When you are new to the business, you think if you give a really bad performance, that's one they will print. You will be judged. You just have to be brave."
Advertisement:

He was probably best known to international audiences as Rubeus Hagrid in the Harry Potter films and as Valentin Zukovsky in the James Bond films GoldenEye and The World Is Not Enough, though he was a staple of British film and television before that, from the 1980s until his death.

Getting started in comedy in shows such as The Comic Strip Presents, his big break as a dramatic actor was as Dr Edward "Fitz" Fitzgerald, the complex, alcoholic, chain-smoking criminal profiler in the seminal series Cracker. Coltrane proved his acting chops in a wide range of roles and productions over his career.