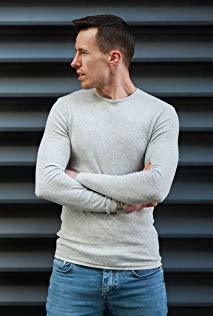 Actor and Voice Over Artist.

At least according to his vlog Watch Ross. Ross Grant is indeed an actor and voice over artist, based in Manchester in the UK. Chances are you've caught him on one of the big soaps that shoot there. Or else he might be better known as the voice of Sir Percedal in the English dub of Wakfu. He's also the voice of Tinpo on the CBeebies.

If you're an actor, you probably know him for his self-help and motivational business Act On This

- an enterprise dedicated to helping actors find success in their careers. Known for being a Genki Guy (that's probably where the coffee addiction comes in) and someone who banishes negativity, he's The Mentor to many a fledgling actor. His mission statement is to "Make Positivity Louder".

The vlog can be found here