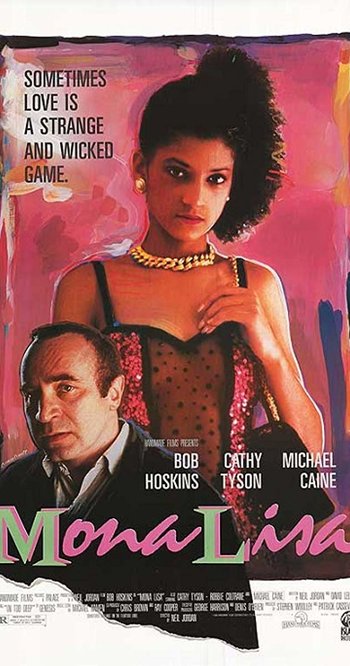 Sometimes love is a strange and wicked game.
Advertisement:

Mona Lisa is a British neo-noir crime-drama film released in 1986 directed by Neil Jordan and starring Bob Hoskins, Michael Caine and Robbie Coltrane. George is a small-time crook just out of prison who discovers his tough-guy image is out of date. Reduced to working as a minder/driver for high class call girl Simone, he has to agree when she asks him to find a young colleague from her King's Cross days. That's when George's troubles just start.

For the painting, see The Mona Lisa.